And for realizing glory and greatness of Lord Shri Krishna, the tenth and the fifth skanda of the Shrimad Bhagwat shall be pre–eminently followed. 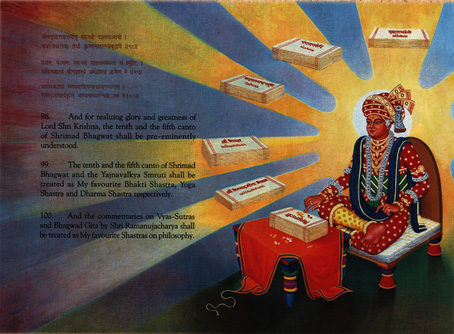