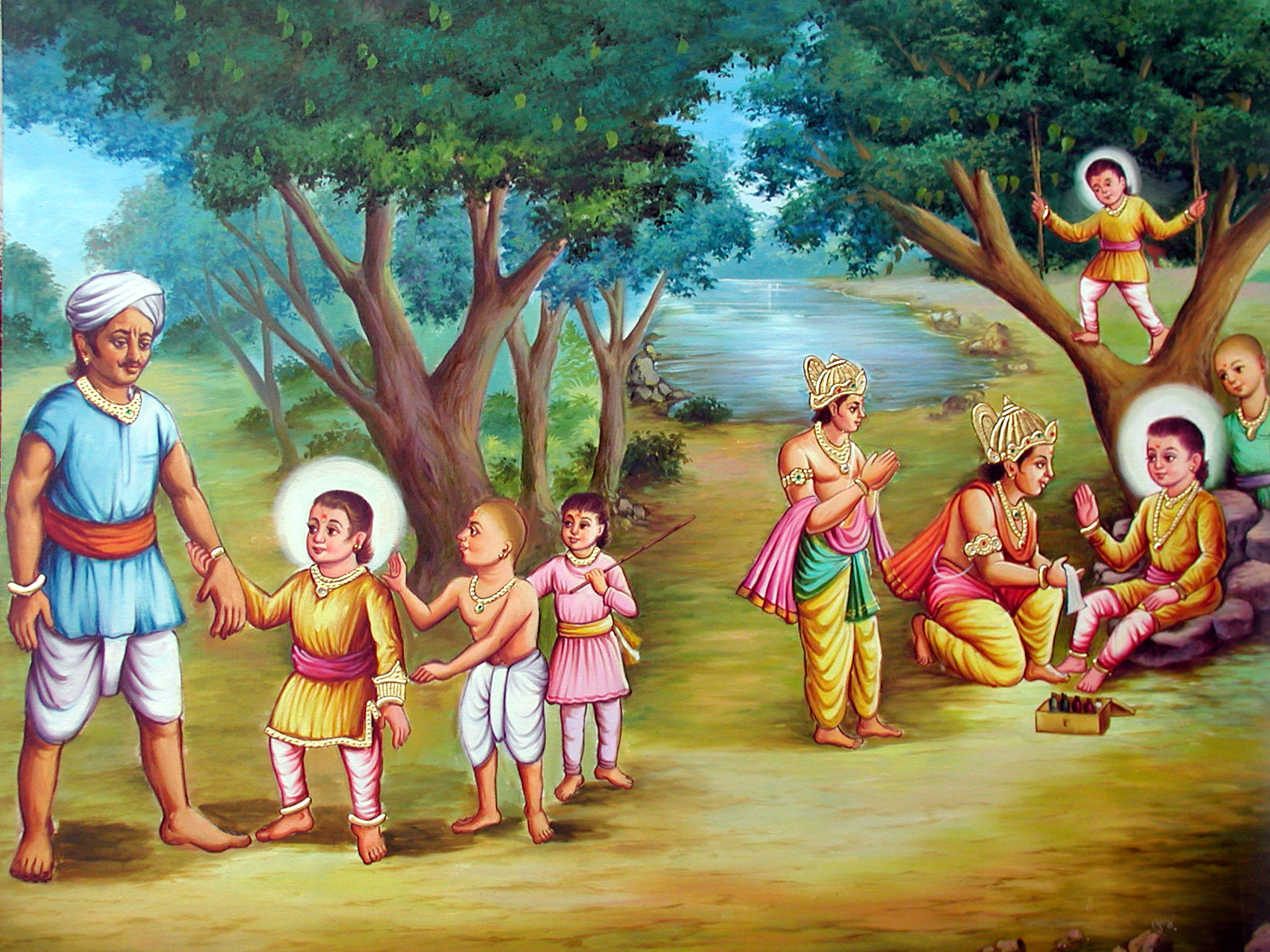 On the west side of Chhapaiya there is a small lake now known as Khapa Talavdi (lake). It is filled with water all year round. Many trees, plants and beautiful flowers covered the area surrounding the lake and there was a constant aroma of fresh flowers. This made it a popular place for all the local children to come and play. On the bank of the lake there was a small hut, which lived a bawa called Haridasji. His recitals of the Ramayan were very well known in the area and many people often gathered to listen to his recitals.

One day Ghanshyam and his friends Veniram, Pragji, Sukhnandan and others came here to play and enjoy themselves. Ghanshyam saw the bawaji reciting the katha and persuaded his friends to listen to the katha first. Like all children they listened for a while then got up to swim in the lake. Whilst swimming they smelt the sweet aroma of the flowers and queried where the aroma was coming from. Sukhnandan said it was the fragrance of the Jasmine flower, so after picking some of the flowers the children made a garland and placed it over Ghanshyam's head. At this moment, a herd of cows, which were passing, stopped and gathered around Ghanshyam for His darshan. The cowherd tried to move the cows on but they wouldn't budge from Ghanshyam's side. Ghanshyam gently stroked the herd for a while then said, ""You may go now"". The cows obeyed his orders and went with the cowherd.

The children continued their games once more and Ghanshyam climbed a tamarind tree and played there for a while. When Ghanshyam was climbing down the tree, His foot slipped and He fell towards the ground. As he fell a splinter off the tree cut his right thigh and He landed with a thump. The other children saw that the cut was bleeding and became very frightened, so one of them ran home to call Ghanshyam's father Dharmadev. Whilst he was gone there was a sudden flash of bright light and Ashwinikumar, the god's physician came down from Devlok to treat the wound. He applied divine medicine to the wound and fastened a cotton bandage on it. The cotton cloth was given by Veniram, as only silk exists in Devlok.

Since this incident with the splinter i.e. 'khapo', the lake is known by the name of Khapa Talavdi. Today there is no hut, no bawa nor the tamarind tree, but there is a small 'Otto' to remind us of this incident.